Sometimes careers are cut short at the height of greatness. Such was the case for Memphis State University Football Coach Rex Dockery, who died in 1983 at the young age of forty-one. Although we will never know what heights Dockery might have reached as head coach, we can celebrate the path and accomplishments which led him to Memphis State. A native of Cleveland, Tennessee, Dockery was an all-state guard for Bradley Central in 1959 where his jersey is retired, and went on to play football at UT. After graduation, he coached a few seasons on the high school level, including a number-three national ranking for his Morristown East team. Dockery then began a string of assistant coaching positions on the college level, first with UT, then at Georgia Tech and Vanderbilt, and finally with Texas Tech, where he ultimately was hired as head coach in 1978. His Texas Tech team had a fine season, and Dockery was honored as Coach of the Year in the Southwest Conference. In 1980 Dockery returned to Tennessee to take over at Memphis State University. He revitalized and rebuilt the football program and in 1983 was honored as the Metro Conference Coach of the Year. Sadly, only one week after receiving that title, Rex died in a plane crash. As testimony to the impact he had as a coach, the field at Liberty Bowl Memorial Stadium in Memphis was named “Rex Dockery Field” in his memory. The Rex Dockery award is given annually by Johnny Mull (Coach Dockery's Nephew) to the Bradley Football Player who best exemplifies the character and work ethic that Coach Dockery lived by. 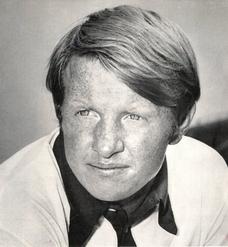